Lloyd and Cathy Vandenberg of New Generation Ministry have been married since 1985. They traveled with Cathy’s parents (Norm and Joy Phillips of “The Phillips Family”) for 20 years before stepping out on their own in July 2005, when Norm and Joy went into semi-retirement. They have traveled throughout Canada and the United States their entire married life, in full time evangelism. They seek to bring freedom to the church through worship music and testimony/teaching. 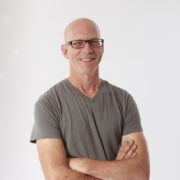 Lloyd is a teaching evangelist and president of New Generation Ministry. He and his family travel on a tour bus throughout North America sharing contemporary worship music and evangelistic ministry. He has spoken to churches in Canada, the United States of America, Holland, China and Australia.

Lloyd has appeared on various television programs including 100 Huntley Street, 700 Club Canada, It’s a New Day, Nightlight and on the Cornerstone Television Network and speaks at conferences, church services and special meetings.

Lloyd is an ordained evangelist with the Pentecostal Assemblies of Canada and is also a licensed mechanic. Lloyd plays the bass guitar, sings tenor/lead, shares his testimony, teaches and preaches.

Lloyd discretely, but truthfully, exposes one of the enemy’s secret strongholds. Yes, even in the church, addiction continues to plague so many men and women. It is his desire to encourage those who struggle in any addiction, stronghold or bondage become absolutely convinced of God’s grace to give freedom to every believer.

In 1973 Lloyd was sexually abused. As a result of this and other choices he made he became deeply entangled in addiction. In 1992, Lloyd Vandenberg was very discouraged by this and thought he might never get free. His search took him through exercises like fasting, praying, memorizing many scriptures and reading great books. Freedom eluded him until one day that year he began to see where freedom is really found. Since finding freedom, he has become incredibly passionate about seeing others get free and has dedicated his life to this goal.

The purpose of his ministry is to “Bring freedom to people and bring people to freedom.”

Since he began sharing his story, thousands have responded to a call to break free from strongholds, bondage and addiction.

Lloyd has recently authored and published a book “Journey to Freedom”. 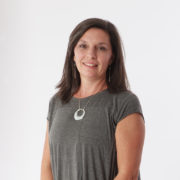 Cathy sings lead vocals in their worship ministry and plays the acoustic and electric guitars. She also shares her story of how she helped Lloyd get free. 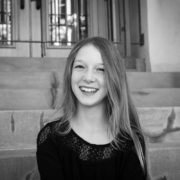 Elise, is the youngest member of the Vandenberg clan and joins the band on the keyboard for the worship set each meeting.